Texas dog walker nearly dies in a bloodthirsty dog attack. According to a recent lawsuit, a Dallas, Texas college student loses her ears, nose, and lips after a vicious dogs attack.

Jaqueline Durand, 21, a University of Texas at Dallas college student was permanently and catastrophically disfigured in January when she was attacked and mauled by a mix-breed German Shepherd and a pit bull.

On December 23, 2021, Durand allegedly went to the home of Dr. Justin Bishop and his wife Ashley who had hired her to care for their dogs while they were away. Days before the attack, Durand met both dogs in their home with their owner, and that visit was incident-free.

According to her attorney, “the owner assured Jacqueline that the dogs would be crated, but, shortly before her first visit, the owner texted Jacqueline to tell her that she failed to crate the dogs before leaving town. A sign on the front door read ‘Crazy Dogs. Please Don’t Knock or Ring the Bell. Call or Text Instead.'” 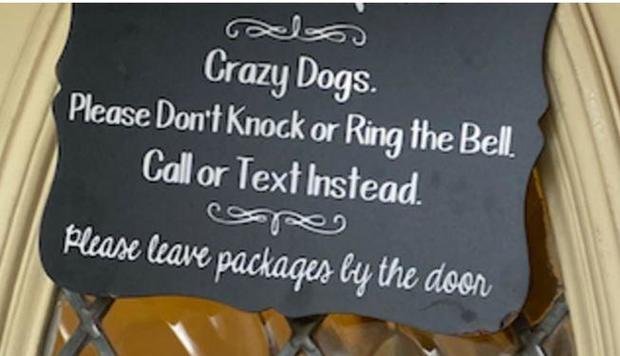 The lawsuit alleges that the dogs “violently and brutally attacked Jacqueline’s face, tearing off her ears, nose and most of her face below her eyes, narrowly missing her carotid artery. During this prolonged attack, the dogs tore all of Jacqueline’s clothes off, including her blue jeans, and left puncture wounds all over the entirety of her body.”

Durand is still hospitalized after suffering multiple life-threatening injuries. She has already undergone several reconstructive surgeries and will require many more.

The dogs were captured and placed in the care of the City of Coppell and a municipal judge decided that both animals should be euthanized.

According to her attorney, “Jacqueline will forever measure her life in terms of before and after opening that door, she will be permanently disfigured for the rest of her life, and we filed this lawsuit to make sure all the responsible parties are held accountable.”

It was just one day before Jaqueline’s 22nd birthday.

Thousands of people suffer injuries from dog bites and dog attacks each year, which can cause tremendous physical, emotional injuries, pain, and scarring and in some tragic cases lead to the loss of life.

The One-Bite Rule in Texas

Some states impose statutory strict liability for dog attacks, laws that make it easier for a victim to hold the owner responsible for any harm the dog inflicted. Instead, Texas follows the “one-bite rule,” which means that dogs are permitted a free bite before an owner can be held liable.

Under the one-bite rule, in order to hold the owner liable for negligence for the victim’s injuries, one of the following must have occurred:

If you have been bitten by a dog that doesn’t have a history of bites or attacks or had a tendency of dangerous behavior, you can still pursue damages under negligence per se. This Texas dog bite law allows dog bite victims to hold owners accountable for damage and injuries the dog inflicts if the owner was in violation of an animal control law.

In this particular case, since the dog maulings took place at the owners’ home, the following are the causes of action.

The owners were each negligent and failed to act as a person of ordinary prudence would under the same or similar circumstances. The owners’ negligence includes, without limitation, failure to use ordinary care and prudence. The dog owners were negligent in the following ways:

The owners were negligent per se in violating certain applicable sections of the Code of Ordinances of the City of Coppell, Texas. The dog owners were in violation of the following regulations:
§ 9-1—5 — Registration; License; and
§ 9-1-18 — Dangerous Dogs.

Our law firm’s principal office is in Dallas and we have offices in Fort Worth, Texas, and we represent people across Texas, for Personal Injury and Wrongful Death. Call 214-390-3189.